Guitars for the Troops 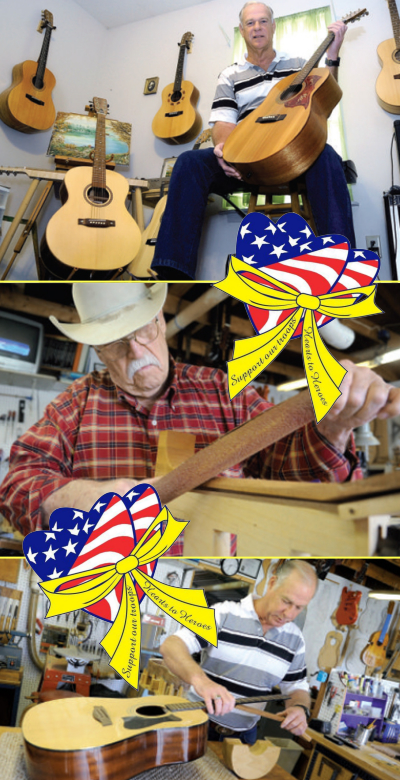 The definition of a Luthier is someone who makes or repairs stringed instruments and this would best describe Mickey Amberg and Bill Cox the owners of Quality Hand Built Guitars in Perry. Mickey was born in Mayfield, Kentucky in 1947 and graduated from Plant High School in Tampa. Mickey joined the Air Force in 1966 and later served in Vietnam and was stationed at Phan Rang for one year.

While in Vietnam he became interested in photography and pursued it professionally after returning, he worked with the City of Lakeland electric department. Mickey also worked at the Lakeland News Journal as a stringer where he covered sports, beauty pageants and fun and sun stuff. He later left the newspaper to do other things that stirred his interest. Mickey said, “I wanted to do more woodworking even though I flunked wood shop in school. This was the easiest class to skip.”

He started building guitars in Lakeland, Florida in 1999. According to Mickey it was a challenge and the next step in woodworking. Mickey still owns the first guitar he built.

In 2005 he met Bill Cox who repaired acoustic guitars but had never built one. Mickey wanted Bill’s knowledge and Bill wanted Mickey’s so they could refine their guitars. They picked each other’s brain and became partners. Bill started repairing in 1992 after he retired from Pabst. His dad played guitar in the 30’s on the radio. He found his dad’s guitar in pieces so he found someone to repair it and that is how he became fascinated with building them.

Bill and Mickey are both self taught in building and repairing guitars. A mutual friend of theirs that works at Robins Air Force Base contacted them to see if they would be interested in repairing and donating guitars to the troops in Iraq and Afghanistan. This brought back a memory for Mickey from his time spent in Vietnam. Mickey said, “There was an Air Force Sergeant who would sit on the steps of their barracks and play.
This made the time over there feel shorter. I just wanted to give back to the troops for what that Sergeant had done for me.”

The soldiers receive the guitars and can pass them on after their tour is over. Mickey and Bill have three guitars over in Iraq and Afghanistan now and are working on at least a dozen more. Hearts for Heroes distributes the guitars.

Mickey and Bill would love for people who are interested in guitars to stop by to see and play the instruments they have built.

Below is a gallery of the Guitars already in the hands of our Troops.
Click on the thumbnail to enlarge photo.
You may advance to the next photo by clicking on the arrow beneath the picture, or click on the enlarged photo to return to the page. 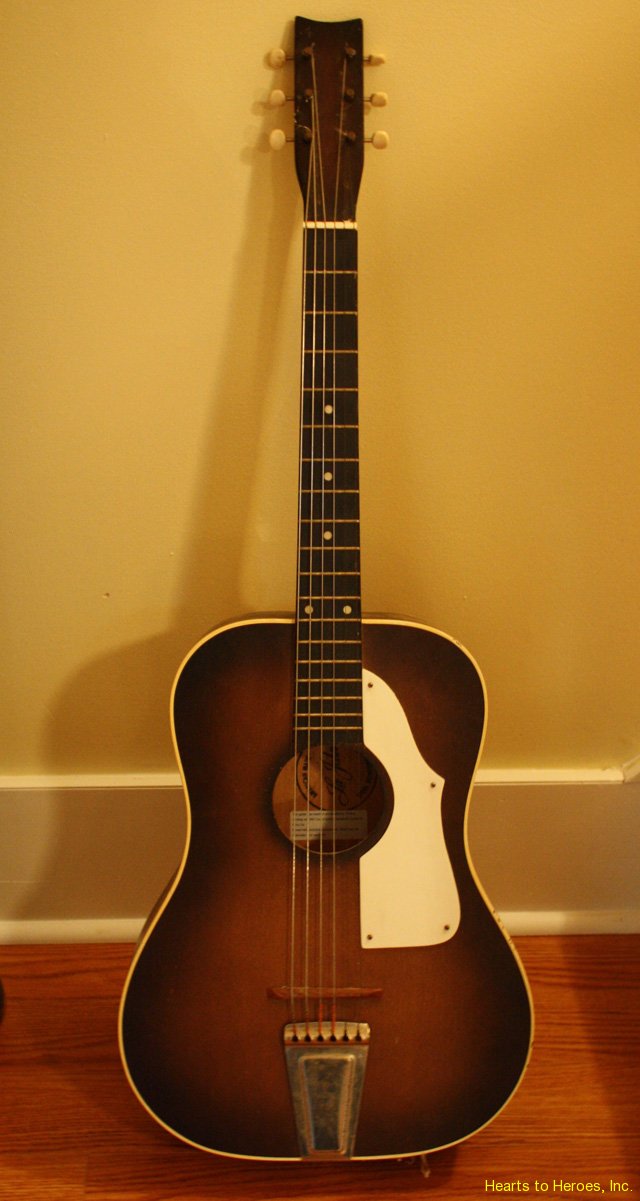 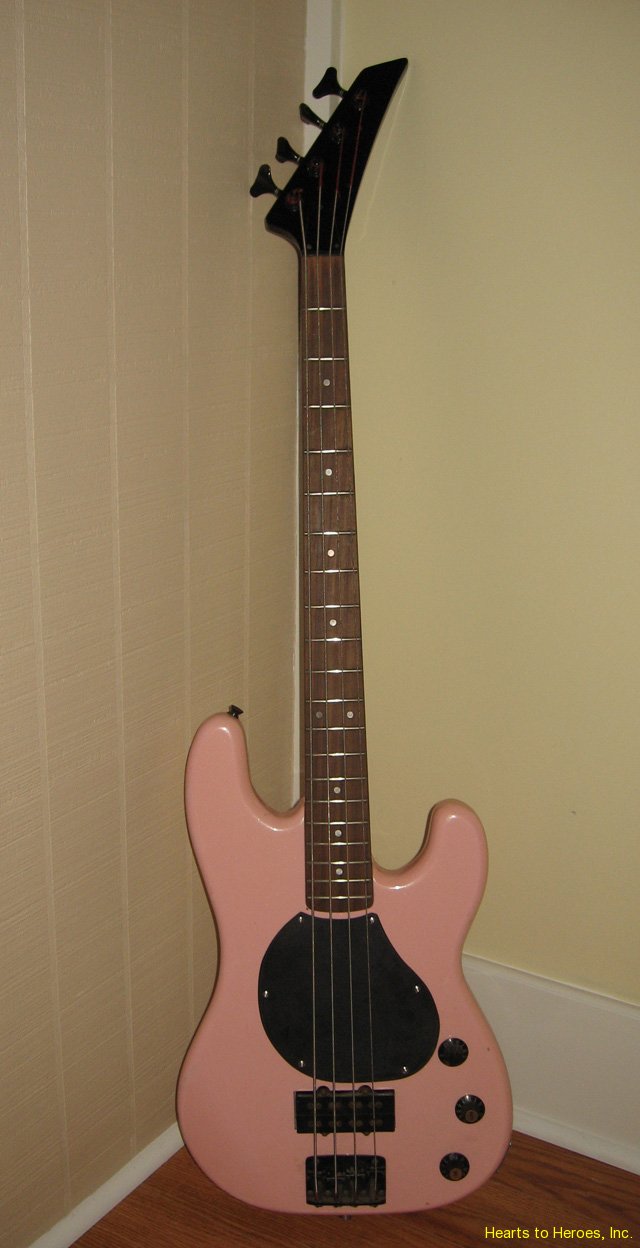 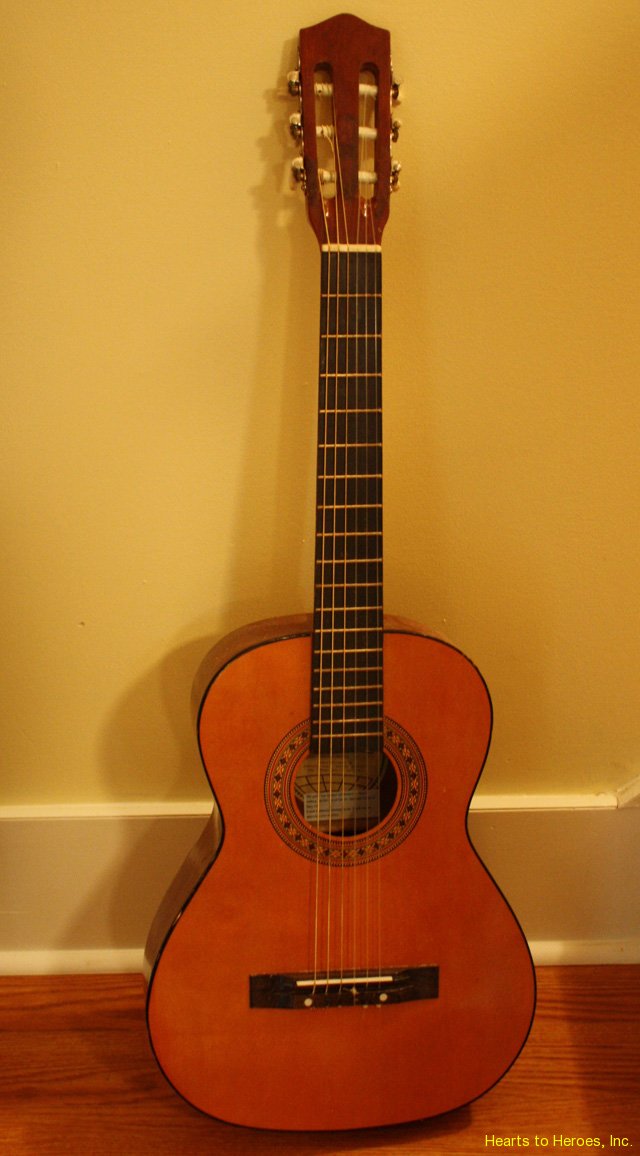 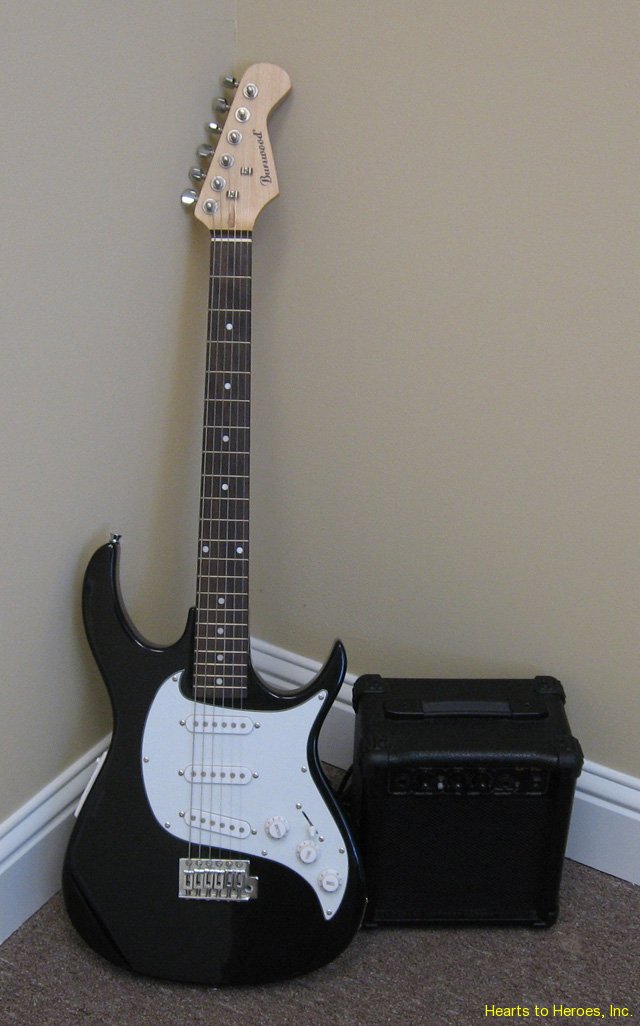 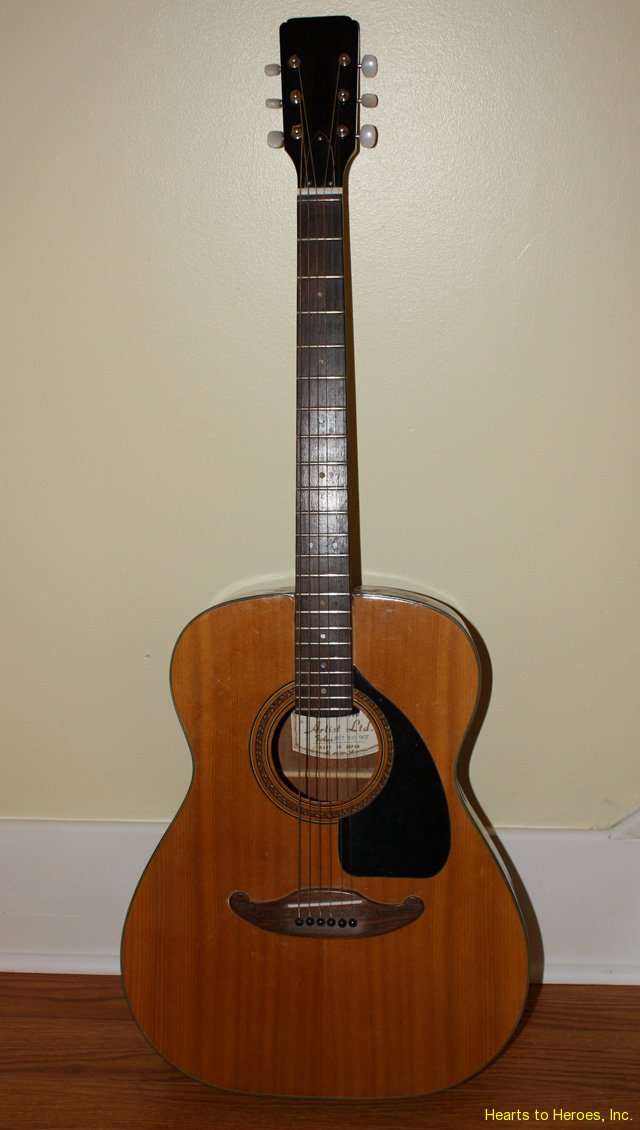 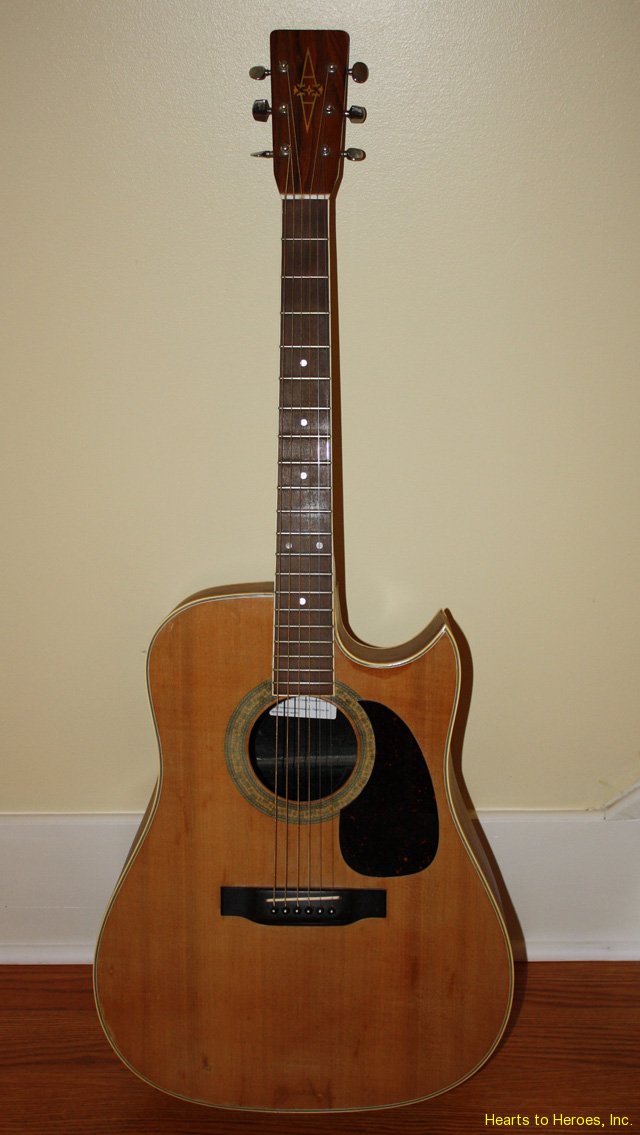 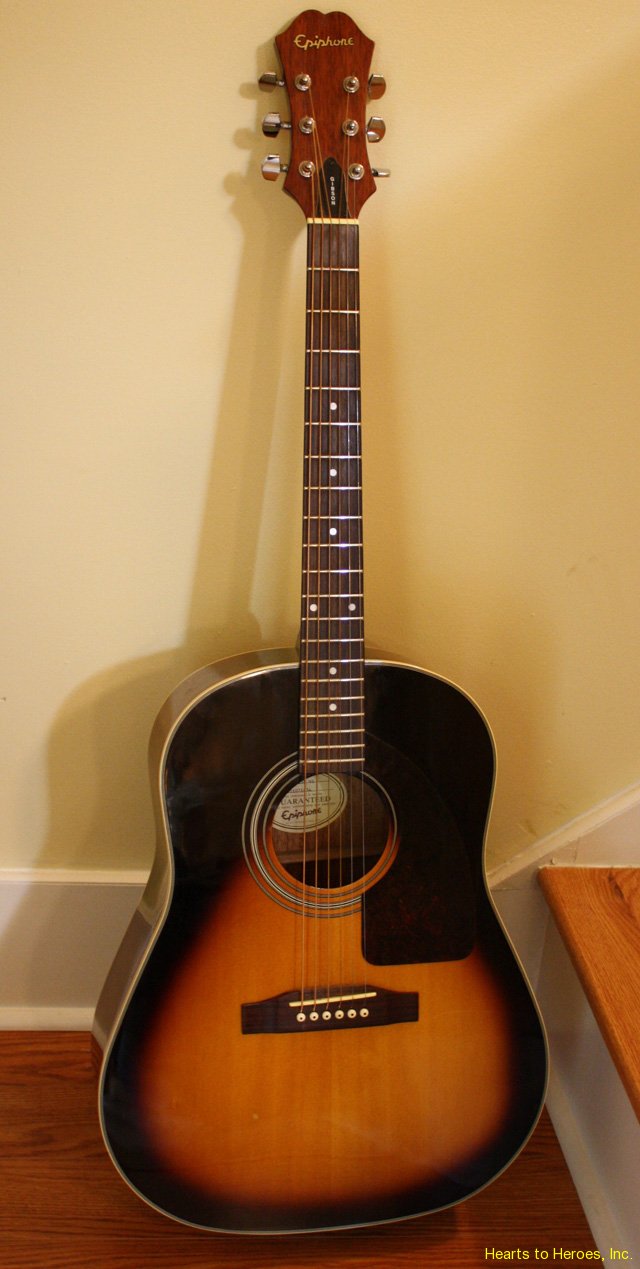 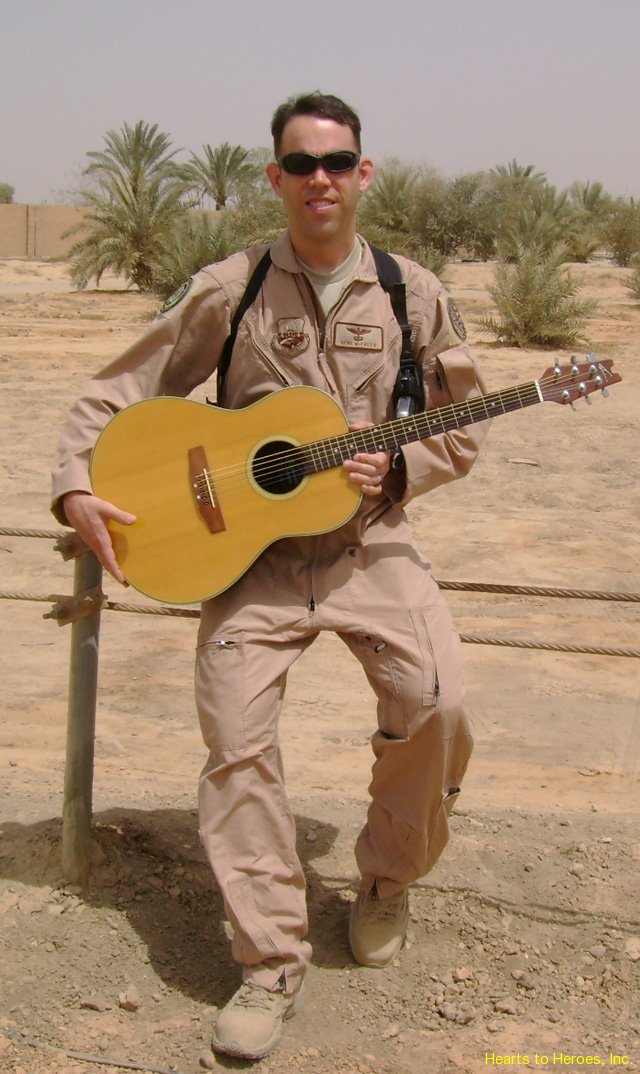 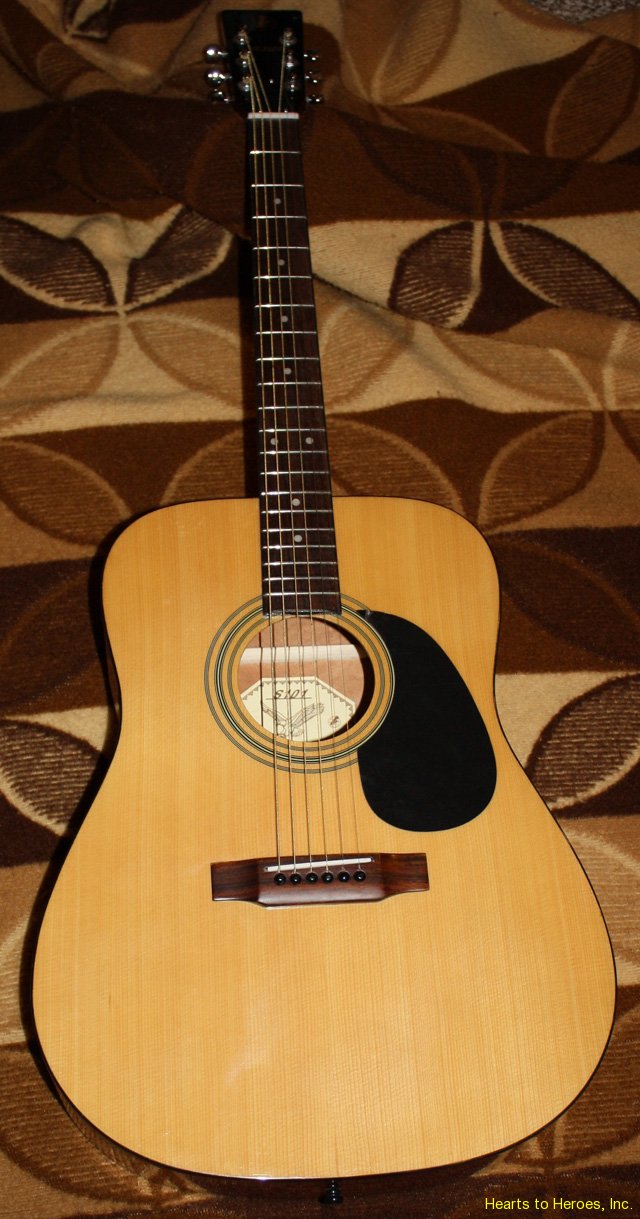 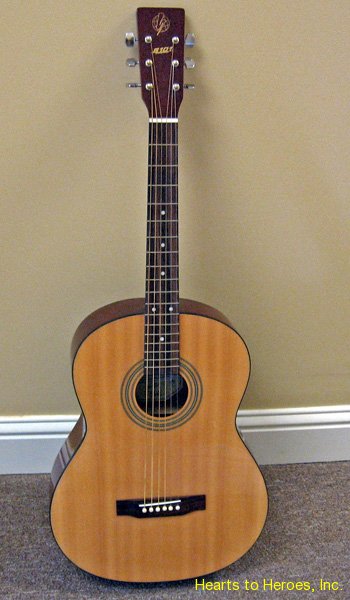 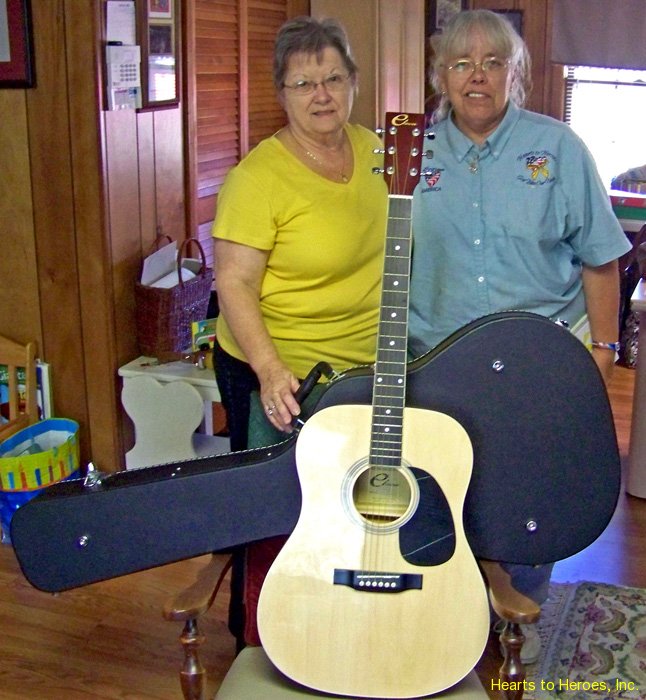 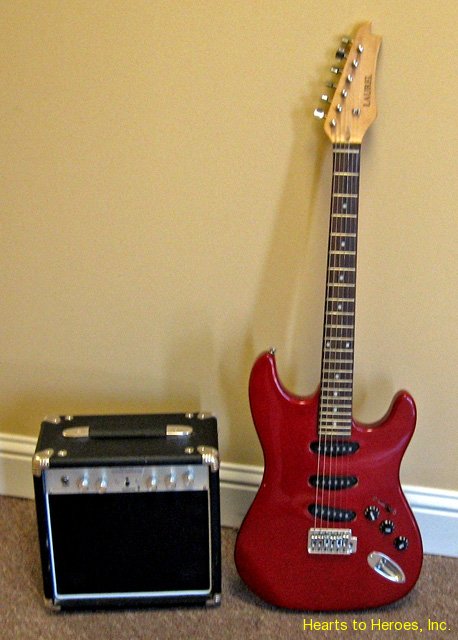 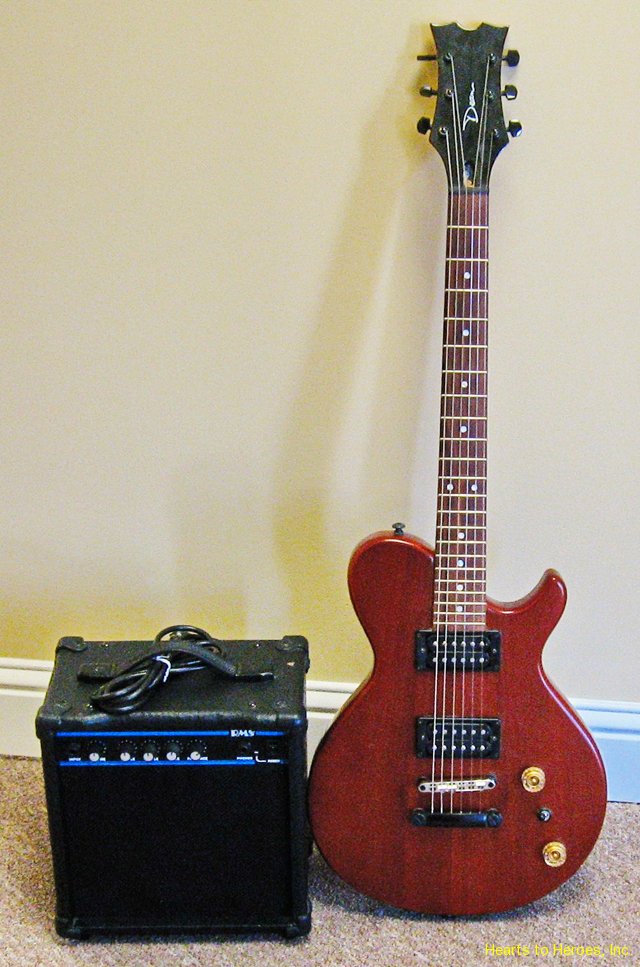